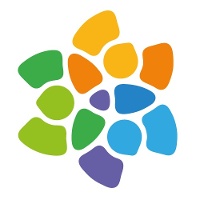 -plan with care your itinerary

-choose an itinerary that suits your physical condition

-if you walk alone it could be more dangerous

-pay attention to the signposts

-don’t hesitate to retrace your steps

Please note that the practicability of the itineraries in a mountain environment is strictly linked to the contingent conditions and is therefore influenced by natural phenomena, environmental changes and weather conditions. For this reason, the information contained in this page may have changed. Before leaving for a tour, make sure the path you will approach is still accessible by contacting the owner of the mountain hut, the alpine guides or the visitor centres of the nature parks, the info offices of the local tourist board.

Park in the square of Campo Lomaso, leave the town behind and join the main road, Strada Statale 421 dei Laghi di Molveno e Tenno. As you walk on the pavement, follow the directions to Riva del Garda, after 300 metres you will reach the shrine of Campo Minore. Here, depart from the state road and, following the road on the left, start descending into the historic centre of Campo Minore.  When you reach the bottom of the town, cross the intersection and walk down a steep hill leading to the bridge over the stream Dal.

Here, a steep climb rises towards the borough of Poia, which you won’t reach. At the top of the hill, turn right to Vigo Lomaso, along a slightly sloped road leading to “Ponte Romano” (Roman Bridge) over Rio Maseràc and to the church of Vigo Lomaso (Pieve di S. Lorenzo). This ancient bridge used to connect Giudicarie Esteriori to Sarche, Vezzano and Trento, through Vigo Lomaso, Comano and Passo della Morte. When you get to the church square in Vigo Lomaso, you will find the cemetery where the remains of Don Lorenzo Guetti, founder of Cooperativismo Trentino, Trentino’s Cooperation, (1847 – 1898) lie. The church, dedicated to S. Lorenzo, is one of the most remarkable parishes in Trentino and the oldest in the Guidicarie area.  After a visit to the religious site, resume your walk along the cattle track that starts at the rear of the church (east side) leading to Castel Spine. The castle, which is now privately owned, is perched on the western side of Monte Casale dominating the Giudicarie Esteriori basin, with its mountains, villages and other castles. The castle, as well as others in the valley, has been dated back to the XI century. When you arrive at the castle, join the main road, strada provinciale, which runs just above and connects Lundo to Vigo Lomaso. Descend to the right walking through orchards and grassy plains until you reach S. Silvestro’s church built in the XV century. This small church, now dedicated to Our Lady of Fatima, holds inside some frescoes that – although not in pristine state– portray the Christ’s Passion and few graffiti of the followers of the Franciscan Order. As you leave the church, continue along the stone-paved road leading to S. Rocco’s shrine and its namesake fountain. After crossing the bridge over the stream Dal, proceed through Vigo and join Strada Statale 421dei Laghi di Molveno e Tenno. Continue on this road towards Ponte Arche, until you reach the bank, Cassa Rurale Don Lorenzo Guetti, on the left. Cross the road and enter the country lane on the right side of the bank; walk through the fields until you intersect the main road, strada centrale della Piana, that runs from Dasindo to Campo Lomaso. You can spot Campo Lomaso from a distance, on the right, with its distinctive pointed tower of Villa Lutti (currently Villa di Campo). Continue along this unpaved road until you reach the main square of Campo Lomaso, starting point of this walk.

From Ponte Arche/ Comano Terme go in the direction of Campo Lomaso (3 km).

Free parking lot in Campo Lomaso near the church.

Do you have questions regarding this content? Ask them here.

Help others by being the first to add a review.